Canine Co-stars student Kai recently got chosen to star in a Splenda commercial. This was another case of our being told “it’s just a sit-stay and a head-tilt” and then having it morph into so much more on the day. Kai was asked to do a sit and head -tilt but also to come in from off camera hit a mark and then put his head down on the arm of chair While that’s what the director was asking for the client wanted the dog to come in hit its mark sit & then do a head twist. In the end a compromise was reached and it was decided that the dog would come in to a mark sit, do a head twist and then put its head down on the arm of the chair.   A much more technical shot for the dog. 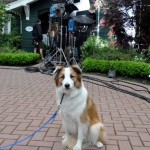 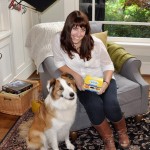 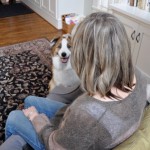 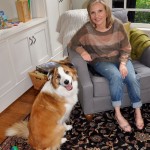 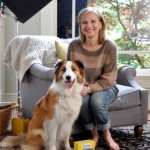 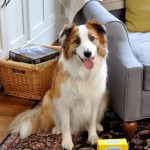 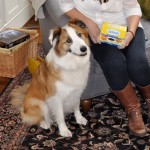 Kai put the courses he took at Canine CoStars to good use and performed awesomely! He hit his mark and performed the requested actions over and over again on one of the louder sets we have been on and then even went back to do some downs stays on his side with his head down, pop up right do a head twist and then finally we were done. Thank you so much to Renae Risley for taking the time to take  the courses offered by Canine Costars and working hard to achieve each action with Kia! Kia definitely showed Star quality on set!

Thanks for making us look good!