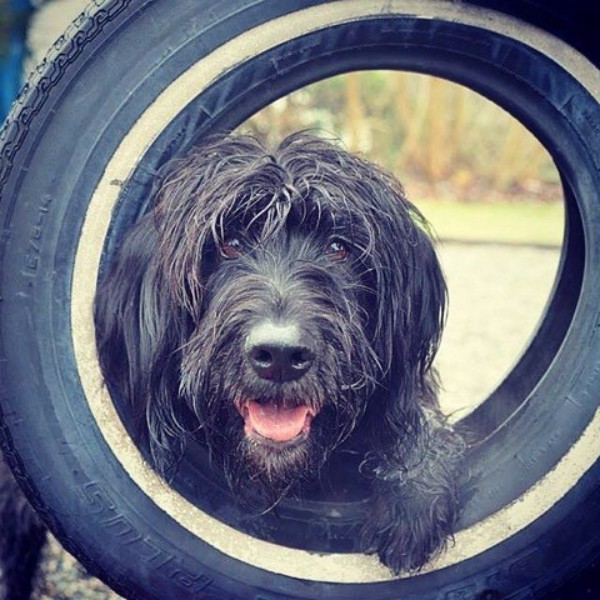 We would like to give a big, proud, shout out to Lunette and owner Angela. Lunette has had a busy summer, with a lead role in the movie  “Boundaries” and has additionally been awarded the parts for several commercials. Lunette is a Canine Costars training class alumni: she started with our beginner class and continued on to take a couple of  advanced classes.

The work she and Angela have put in have really paid off. Being a black dog – Lunette faces more of an uphill battle being cast as dark dogs are harder to light and that means they are less popular with Directors and DOPs (Director of Photography). Lunette’s range of movie dog skills, such has working at a distance, hitting marks, working from hand signals, has definitely helped her overcome this drawback and allowed to her to win multiple parts. Angela is delighted that Lunette is paying for her own dog food now!