Ruckus Shakes it for Visa

Home/news/Ruckus Shakes it for Visa
Previous Next

Ruckus Shakes it for Visa

It isn’t easy being green! 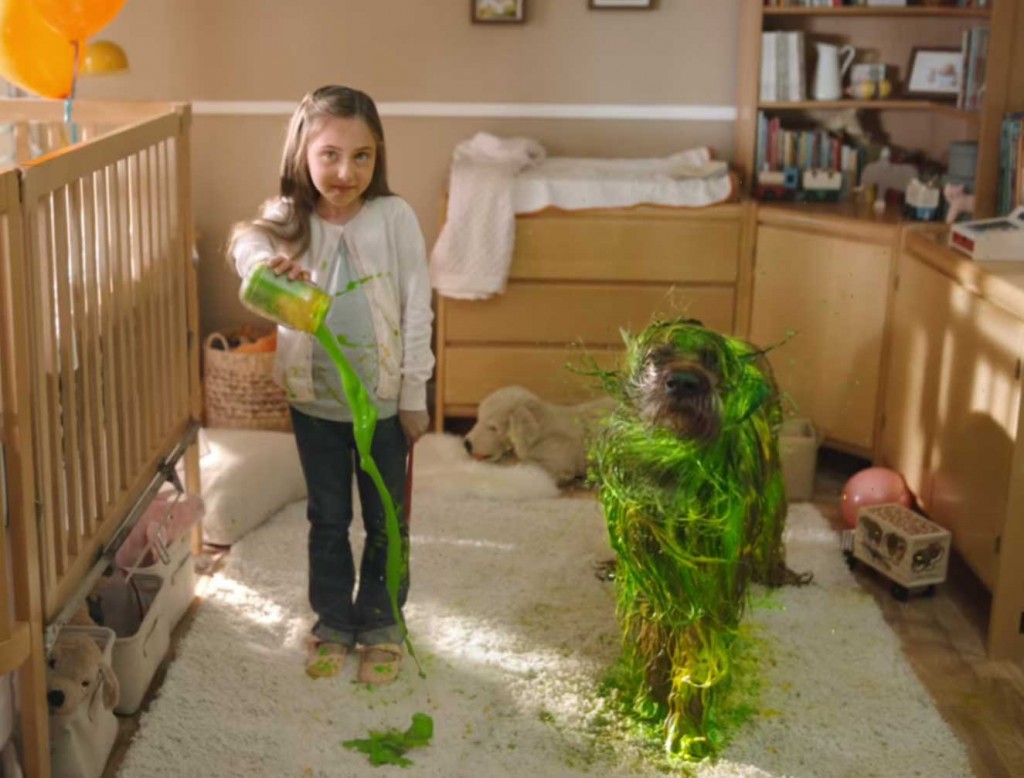 For this commercial we submitted a lot of big hairy dogs but… Ruckus was eventually chosen as being the hairiest (and best able to create a spectacular mess) that he already was trained to shake on command didn’t hurt.

Even though Ruckus already knew a shake it was important that he was totally tuned into shaking at a specific spot and time. This scene would likely need to be shot from a number of angles and have actors also hitting their marks at the same time as Ruckus. The video below shows Bonnie prepping Ruckus at the pool and a bit of his play time on set. Bonnie brought the small pool for Ruckus to play with in between shots while filming the commercial so things were still similar as to the way Ruckus was prepped. It was easy keeping Ruckus motivated as he was rewarded for his actions by getting to play in the pool (a high value reward in his eyes).

The paint was non-toxic and safe for children (and animals) but… he stayed green longer than expected. Ruckus was pretty bummed out about that as he couldn’t go play in the k9 Fun Pool and had to settle for the little pool for a couple of weeks until many, many baths got the last of the green tint out.

Bonnie Prepping Ruckus on Shaking on a Mark

See the finished Visa Commercial below