Oh What a Doll!

Home/news/Oh What a Doll!
Previous Next

Oh What a Doll! 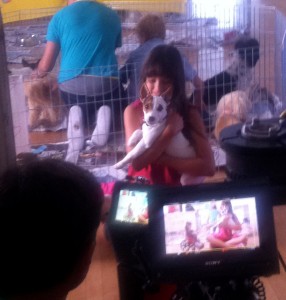 On this  commercial for a doll manufacturer the set up was a community adoption fair with a selection of various dogs and puppies. The doll maker is adding a line of pets to go with their dolls and this commercial will introduce them. This was a great opportunity for us  to put up a whole bunch of our student dogs and let them experience a day on set (some of them for the first time). Reminder: If you are a Canine Co-stars Training student and you haven’t already submitted photos and data on your dog please visit our Dog Stars page for information on how to do so.

For this shot, the  production company was specifically looking for dogs that didn’t look too “purebred”. Because these dogs would be interacting closely with children it was especially important that we choose dogs that we had actually met and had a chance to work with – we definitely lean strongly towards student dogs and dogs that we have used in the past for these type of shots. From the many dogs we submitted, production eventually chose the following: Frieda – rough-coated chihuahua, Lucy – poodle, Zoe – Jack Russel Terrier, Pippa & Connor – PBGVs, Lexi – Shih Tsu, Kya the Lhasa Apso and Pix the coydog, plus a few of Bonnie’s dogs to fill things out in the background.

The dogs were groomed and then placed in various small pens and crates and were joined by the child actors with individual dogs being pulled out to be cuddled by the lead child actress. All the dogs were wonderful and had a great time playing with the kids and in some cases the other dogs. Bonnie’s Border Collie, Digit did  a few shots walking with an actor – Digit is great for these type of scenes because she loves everbody people and dogs. The shoot itself went very quickly – more time was spent on prep and grooming than actually shooting.  It was a great introduction for some of novice dogs to get used to the hustle and bustle and noises on set. We would like to thank the owners for letting us use your dogs in this commercial and special thanks to Liz Werner, Marge Krieck, who came out and helped out during the day  and especially Rhonda Schmidt who helps us out big time by bringing  Frieda and Lucy to set ! You guys Rock!

If it is possible we always try to get pictures of people’s dogs on set (if production allows – sometimes they don’t and sometimes timing and set up doesn’t make it possible to get pictures) – this time we got a few pictures but… part-way through the day we started having  camera trouble so did not get as many pictures as we would have liked and unfortunately some that we did get are blurry. 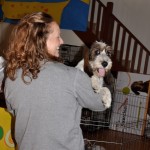 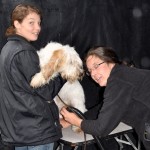 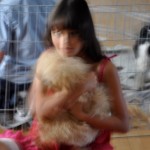 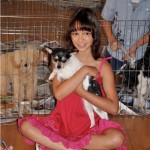 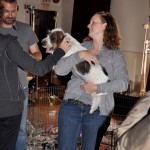 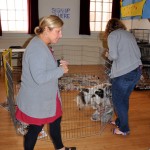 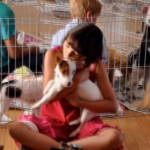